Being a four hour red-eye flight away, Sangam, the All India Oracle Usergroup conference, is the closest significant Oracle conference to Hong Kong.  It is included on the OTN APAC Tour, and Oracle corporation supports it by sending some of it’s big guns to present, resulting in a fantastic line-up of speakers; the fact that all sessions are conducted in English is a real bonus too.

Last year it was hosted in Bangalore, and I was fortunate to be able to attend; this year it was hosted in Hyderabad and was pleased to be accepted as a speaker.  Checking the schedule I saw that I was due to speak at the same time as one of the Oracle big guns, Connor McDonald, so I was expecting no-one to be attending my session, however in the end I presented to a pretty full room. 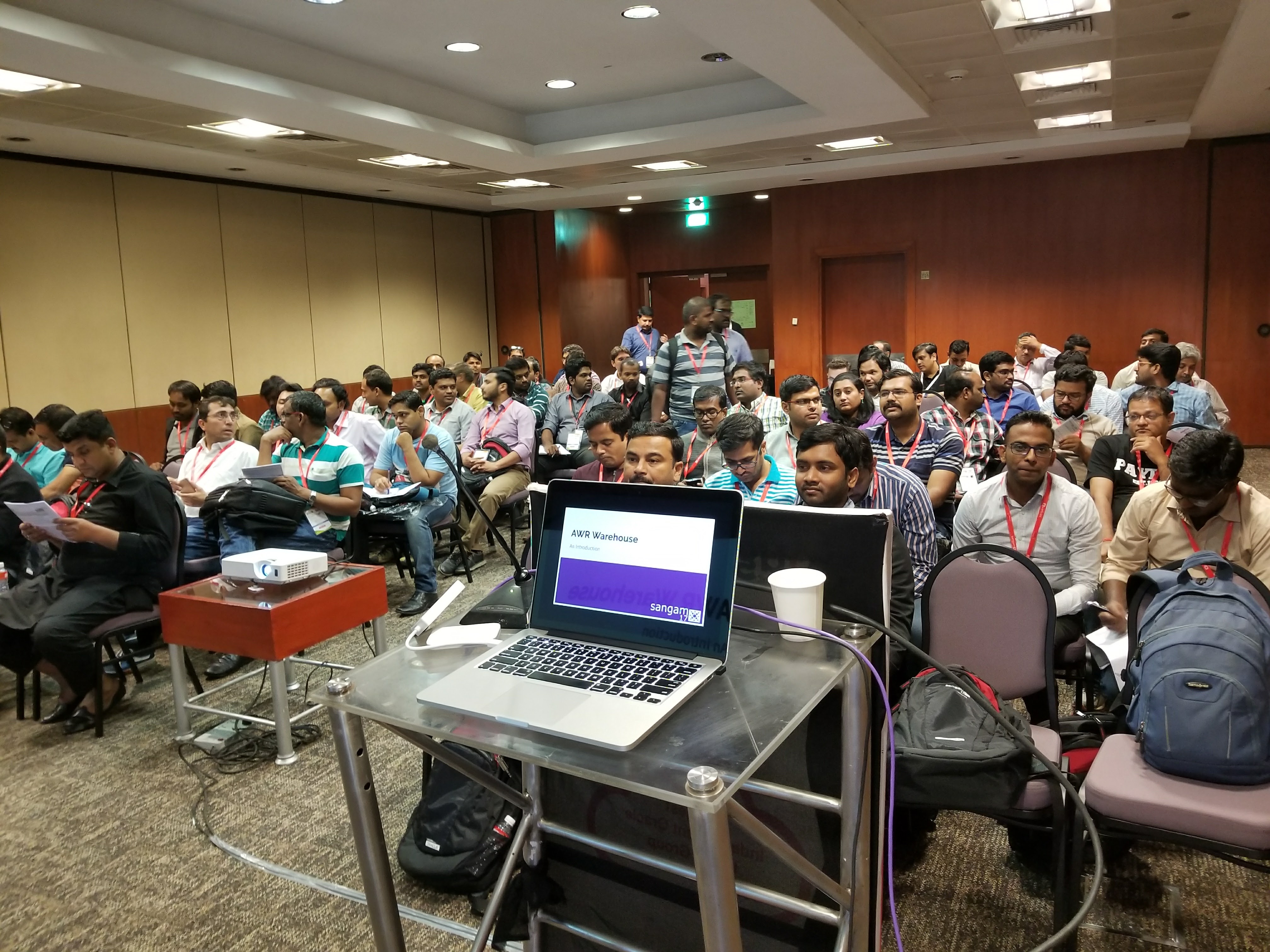 One thing which impressed me was the level of engagement from the audience, they weren’t hesitant to ask for clarification during the session, and also to discuss points informally throughout rest the conference.

I enjoyed many of the other sessions, highlights included:

A trip to India wouldn’t be complete without enjoying some of the food, unfortunately this trip I hardly got out from the hotel and conference center bubble, however I loved the buffet put on for lunch and the dosas for breakfast.

Thanks so much for the all the organizers and volunteers for giving me the opportunity  to participate in such a great conference, and also the attendees and speakers for making it so special.